Home » Election2016 » Where Do The Major Australian Political Parties Stand On Privacy And Encryption This Election?
June 27, 2016  Posted by Dissent Election2016, Non-U.S., Surveillance

Lobby group Electronic Frontiers Australia (EFA) has called on all political parties to support encryption and privacy technologies, as it was revealed where a selection of the major parties stand on surveillance, encryption, copyright issues and censorship.

In an Open Letter to the Liberal and Labor Parties on encryption and privacy technologies, EFA urges those parties to commit to supporting privacy and encryption technologies should they form the next government. In a press release last week, they also released their scorecard on where the parties stand on digital right: 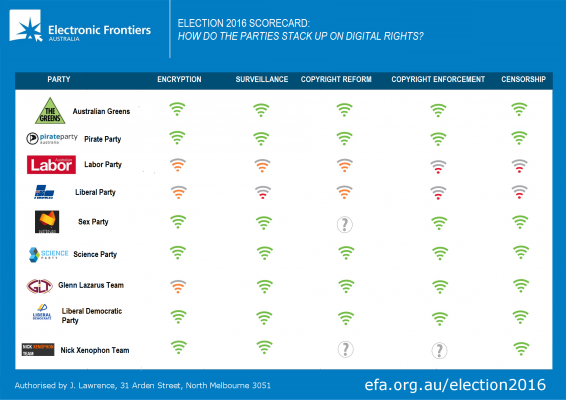