The kidnap, torture, and murder of a toddler, James Bulger,  by two 10-year-old children in 1993 was one of the most disturbing murder cases in the U.K.  Both Jon Venables and Robert Thompson were sentenced to jail, but they were eventually released from jail in 2001 and were granted lifelong anonymity. 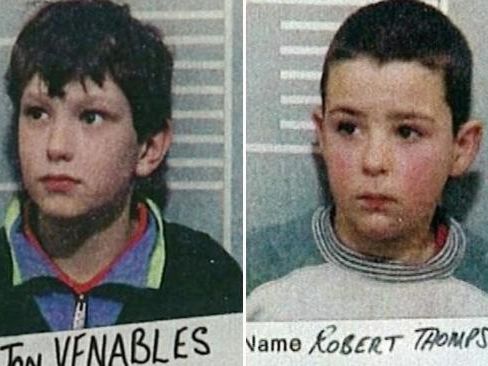 So the two boys were given a second chance at a somewhat normal life by giving them anonymity.  Except that Jon Venables was arrested again for surfing the dark web for disturbing images involving child abuse and pedophilia.  It was the second time he had been caught and convicted due to such images since his release in 2001. This time, he was sentenced to three years and four months in jail.

The Sun has a chronology of the case and Venables’ infractions of his probation following his release and grant of anonymity in 2001.

In light of his pattern of repeat offenses involving violence towards children, it is somewhat understandable that James Bulger’s father would want Venables stripped of his anonymity going forward. Bulger’s mother does not agree, however, for fear that it might lead to vigilante action and harm to innocent people. As one example supporting her concern, consider what happened in 2010 when a young father, David Calvert, was accused of being Jon Venables. The poor man lived in fear for his life until police came out and officially declared that he was not Jon Venables. Even after that, however, he still experienced great fear for his safety and his family’s safety.

The matter of Venables’ anonymity is before the court, as The Telegraph reports.

As an interesting note, Venables’ defense attorney in the original murder case agrees that Venables should lose his anonymity. But the reality is that Bulger’s mother is likely correct:  if Venables is stripped of his anonymity, he will likely get death threats and almost certainly might be attacked. 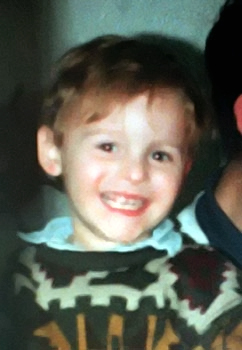 Photo of James Bulger provided by his mother to police in 1993. Fair use, Wikipedia..

I suspect American readers are having a range of thoughts about this all – including something on the order of “WTH? Just throw him back in jail and throw away the key forever,” or “So what if he’s killed? I don’t care.”

Yes, we do some things differently in the U.S.  But one thing should be the same: if you release a murderer back into society, you should be damned sure he poses no further risk to the public and you should have intense monitoring and support in place.  And if the probationer keeps displaying signs of concerning behavior, why are they still free and not in a secure facility?

Jon Venables is about 35 years old now. It sounds like he still poses a risk to children.

So perhaps the issue shouldn’t be whether his grant of lifelong anonymity should be revoked but whether he should be permitted any release from jail or a secure facility at all, and whether the government did a responsible job of monitoring, supervising, and treating him if he needed treatment for his “stupid urges” as he calls them. While the public may be disgusted and outraged by his behavior, why did the government allow him to remain a free person for so long?