Home » Announcements » Techdirt’s facing a fight for its life – and we should all support them (updated)
January 11, 2017  Posted by Dissent Announcements, Featured News

I’m going to interrupt our posting about privacy news to comment on an issue that is near and dear to my heart – the First Amendment.

One of my favorite sites is TechDirt.  But now they’re facing a fight for their life because they’ve been sued for defamation and the plaintiff might have deep pockets behind him supporting the litigation.

The short version is that Mike Masnick and TechDirt have been sued for $15 million by Shiva Ayyadurai, who is unhappy with their coverage of his claims that he invented email. Mike and TechDirt have repeatedly challenged that claim and offered their reasons underlying their opinion. Ayyadurai claims that their coverage and their opinions about him have harmed him professionally and financially.

TechDirt did not declare Ayyadurai a “fraud” or his claims “bogus” in the absence of their reasons, which they carefully explained.  How is that not protected speech?

In 2009, PogoWasRight.org was sued by someone who didn’t like this blogger’s comments about her.  I know firsthand the stress of litigation – even when you prevail or the other party finally abandons their efforts. In TechDirt’s case, Ayyadurai seems unlikely to drop his lawsuit, so they may be in for a long and costly fight. In a perfect world, they should win, but even so, the litigation defense costs can be staggering. Hopefully, some great law firms will pitch in to help them and the rest of us can contribute what we can.

PogoWasRight.org stands with TechDirt as they fight to protect the First Amendment.

And I hope some graphics designer can come up with some graphic or something that we can all put on our sites to show our support for TechDirt as they go forward defending it.

Update: And here it is: 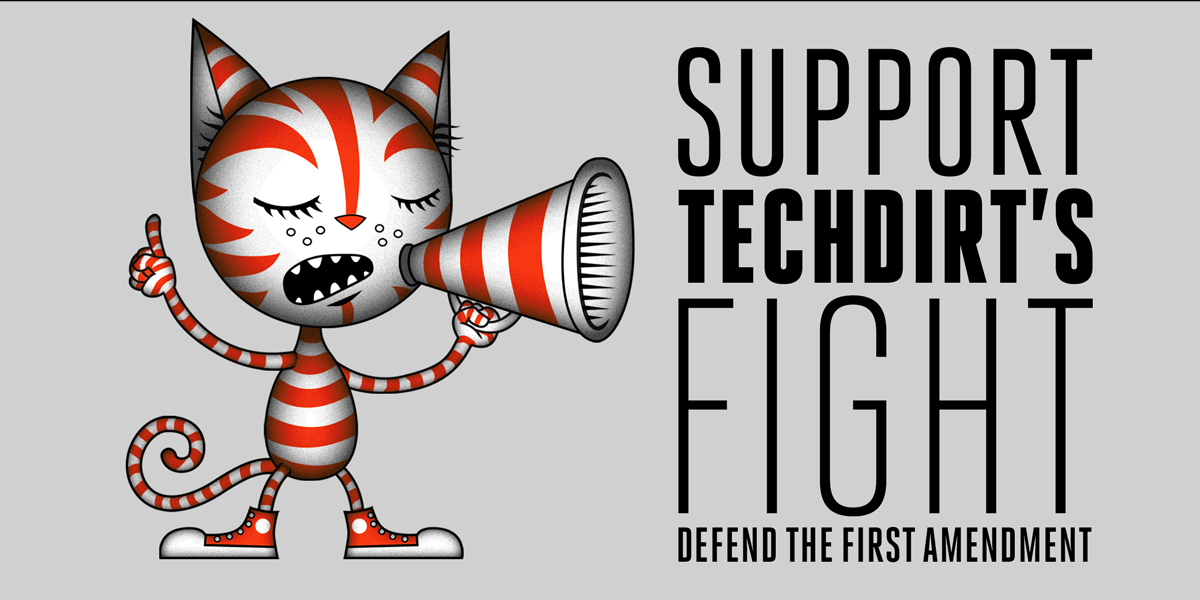