…. I recently met with two physicians, both of whom have dedicated their entire medical careers to serving the reproductive and general health needs of rural Maine women. One asked what they should do — as physicians — if Roe were overturned. The other replied that they should begin to train emergency room doctors in how to treat women who present in the ER as a result of a botched abortion. She was not joking.

Fortunately, Maine is one of 17 states where the principles and tenets of Roe v. Wade are codified either in the state’s Constitution or in the less secure form of state law. In Maine, the right to access abortion care is preserved — at least for now — in state statute. Passed by the Maine state Legislature in 1994 and signed into law by Republican Gov. John McKernan, The Reproductive Privacy Act affirms a woman’s right to end a pregnancy until viability, and beyond that when a woman’s life or health are endangered by continuing the pregnancy.

However, state statutes are less secure than protections memorialized in state constitutions. State law can be changed or repealed in the course of a single four- to six-month legislative session. Opponents of reproductive freedom know this and are poised to clear the decks in preparation for a time when Donald Trump is able to nominate a second justice whose views on reproductive justice mirror the other side. 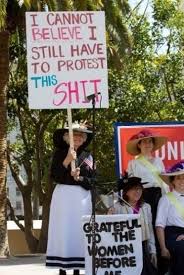 Women’s control of our own bodies and reproductive rights have been under threat for years now and have already been eroded tremendously. During the #WomensMarch on January 21, there were many older women with signs questioning why they had to be in Washington again to protect rights that had been recognized 50 years ago.

Women – and men who support women’s rights – cannot be complacent about this issue. Making abortions illegal again will only return us to the days of unsafe abortions.