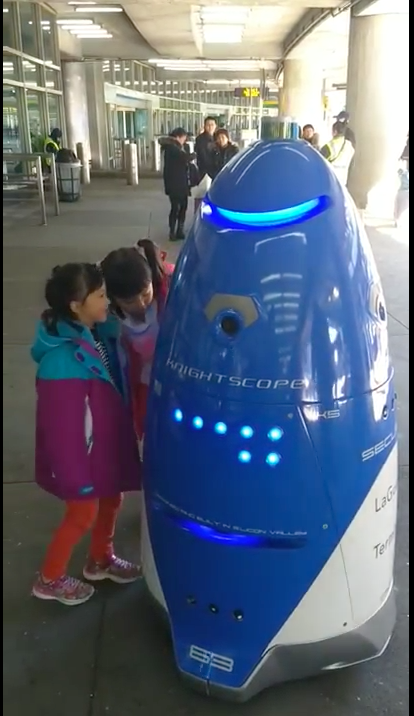 The sharp increase from 151 million occurred during the second full year of a new surveillance system established at the spy agency after U.S. lawmakers passed a law in 2015 that sought to limit its ability to collect such records in bulk.

And in other surveillance news, a robot at LaGuardia seems to be creeping out women, who report feeling ogled, although children seem to find it cute.