Home » Announcements » If you value your privacy, DO NOT ever subscribe to EPOCH TIMES
September 1, 2022  Posted by Dissent Announcements, Breaches, Business, Featured News

Update:  After days of tweeting to them, emailing them, and actually cursing them in email, I have finally gotten an acknowledgment and assurance that I have been unsubscribed from all their newsletters. I will leave this post up for a bit. If the emails have truly stopped, I will remove the post in due course.

Seriously, folks.  I signed up for a free newsletter subscription. I soon realized this was not any kind source that I valued, so I unsubscribed.

When I continued getting emails, I unsubscribed again, scrupulously noting to unsubscribe from ALL communications. 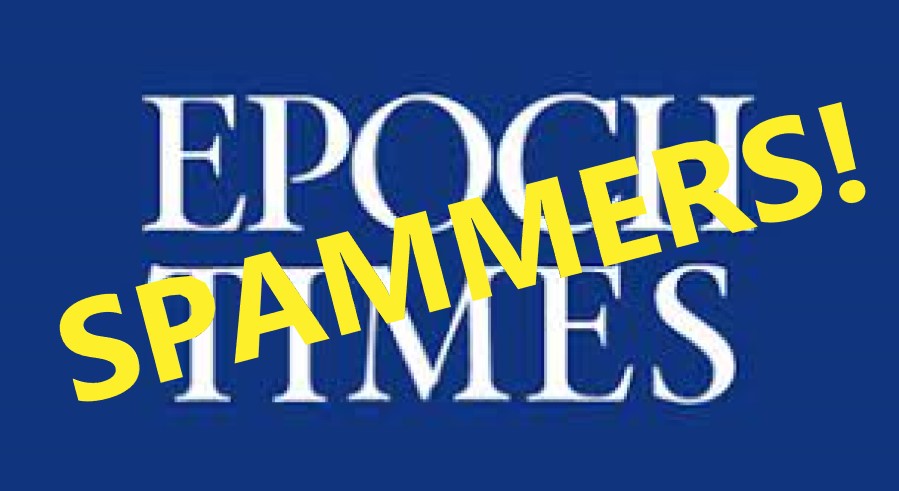 EPOCH TIMES doesn’t honor its own privacy or unsubscribe policies, it seems, as they CONTINUE to spam my inbox with their  product.

I even DM’d their Twitter team with my subscription info and told them to ensure that I was unsubscribed.

They never responded and the newsletters keep on being delivered.

So dear readers, from me to you:  Do NOT ever subscribe to EPOCH TIMES.

I may even pay for a promoted tweet to make more people aware of their disregard for unsubscribe.

In the interim, I will just repeat this message every day.