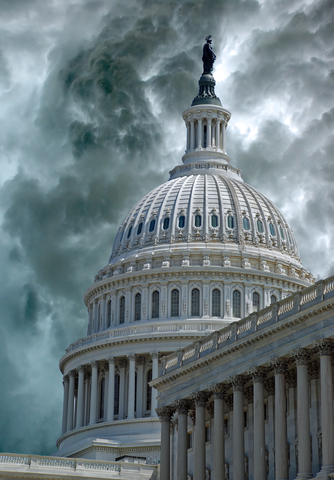 The House of Representatives, where civil liberties go to die. Image credit: Dreamstime

In a victory for the Trump administration, the House on Thursday approved legislation to renew government surveillance powers while voting down new limits on how authorities can use the information that is collected.

Just a few hours before the vote, President Trump roiled the waters by sending out a tweet that appeared to contradict his own administration’s opposition to the changes, which were offered by Rep. Justin Amash (R-Mich.).

Read more on The Hill.