There’s been some grumbling in Congress about repealing or amending Section 230 of the CDA. If it is repealed, providers and platforms might no longer have immunity from lawsuits filed over content posted by third parties.

Repealing Section 230 does not touch or weaken the First Amendment. What it would do is remove a get-out-jail-free pass that online entities have had for more than 20 years – a protection that they were given with the understanding that the entities would regulate and monitor themselves.  Sadly, more than 20 years later, it is clear that some entities have merely benefited from Section 230 without seriously addressing abuses or harassment on their platforms or services.

When it comes to the question of repealing Section 230, there are people I respect on both sides of the issue. But based on my experiences, and based on Twitter’s failure to protect people from harassment and privacy violations posted by their users, I have become more supportive of efforts to repeal Section 230.

The remainder of this post concerns Twitter’s written policy about revealing personal information. Their policy is inadequate as written, and even more inadequate because they don’t even enforce the little assurances they do give users.

If Your Privacy Was Ever Violated Somewhere on the Internet at Any Time, We Won’t Do Anything About Repeat Violations on Our Platform

Now wouldn’t that be an absurd policy?  But that’s basically what Twitter’s policy is if you dive into their  rules about privacy that prohibit users from posting personal information about others without their consent.

Posting someone’s private information online may pose serious safety and security risks for the person whose information is shared. As such, this is considered one of the most serious violations of the Twitter Rules.

Well, that sounds great, right?  But keep going, because Twitter will investigate to see if that information has ever been posted online before. If it has, Twitter may not take action because they may not see it as any violation of their rules if it’s already out there:

If the information you reported was previously posted elsewhere on the Internet, it is not a violation of our policy and we will not take action.

So if someone violates your privacy and reveals the fact that you are gay even though you did not want to share that, and then someone on Twitter  reveals that, too, Twitter could find that the Twitter user did not violate their rule about revealing personal information without consent because it was already out there somewhere on the internet.

That’s both shocking and shameful.

Twitter should be held accountable if it refuses to remove personally identifiable private and personal information of non-public figures if they did not consent to disclose their information and they request prompt removal.  But under Section 230, Twitter doesn’t have to do anything and it doesn’t have any liability.

Last week someone recklessly and maliciously “outed” me on Twitter because I refused to do something he was obsessed about. But this post isn’t about him.  This post is about  Twitter’s unacceptable response to his privacy-violative behavior. 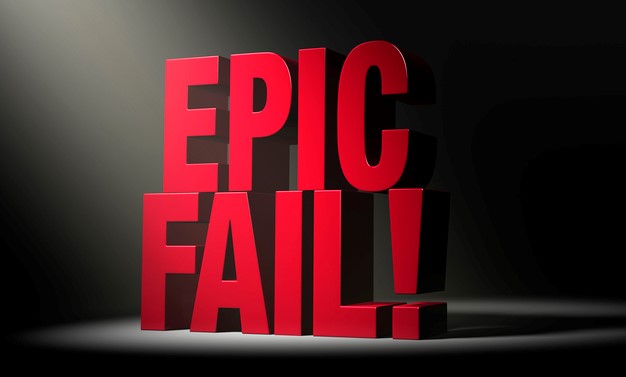 When contacted about his problematic tweet, Twitter initially replied that they saw no rules violation.  But then they reconsidered, and agreed that the tweet violated their rules about not posting personal information. And under their tweet enforcement options, Twitter Support decided that they were blocking his tweet so that no one could see it except the poster himself if he didn’t delete it altogether.

Now maybe that’s what they intended to do or thought they had done, but the tweet remained viewable to the world. You couldn’t respond to it, and you couldn’t pull down a menu to report it from the tweet, but anyone who viewed that user’s timeline in “Media” or “Tweets and Replies” modes could see it.

So what happened when I and others tried to get Twitter to follow through and do what they had said they were doing – to block it from view?   First one support person replied that the tweet didn’t violate any rules.  Twitter had already determined that it had. So why was someone now telling me that it didn’t? I wrote back, pointing out that the tweet had already been deemed violative and that the only issue was that they weren’t properly blocking it from view. I gave them directions as to how to replicate the problem so that they could see that the tweet was still accessible and viewable.

Twitter Support emailed me back that oh yes, it did violate the rules but it appeared that it had already been deleted.

It was like they hadn’t read my emails explaining how it was still viewable – or reports from others who had also complained to them about the tweet being viewable when it should have been deleted or blocked.

I replied again that it HADN’T been fully deleted as everyone could still see it and I told them — again —  how to view it for themselves. Did they do that, though?

Apparently not, as the tweet remained viewable and I got no answer from them.

So one week later, they had still failed to delete or block a tweet that they agreed violated their rules about exposing personal information. And they stopped responding to emails about an open issue.

If I was a cynical person or like my friend @Bmaz, I’d say that it’s almost like Twitter doesn’t want to know that there’s a problem because they really do not want to have to do anything to protect users’ privacy.

Well, maybe I am like @Bmaz, because I think that’s exactly what is going on — Twitter doesn’t want to do anything it doesn’t HAVE to do.

For reasons that are currently unknown to me, the tweet is now gone. Whether they deleted it or the poster did, I have no idea.  But it never should have been up there for even 1 hour much less 1 week, and I hold Twitter partly responsible for that.

Yes, the people who violate my privacy or try to should be held accountable for their conduct, but Twitter must be held accountable and liable at some point. If they need more motivation to remove harmful and abusive content, then maybe it’s time for Congress to strip them of their get-out-of-jail-free pass.

Some Resources on Section 230 and Immunity (feel free to suggest more to add to this post for interested readers):

The President and Congress Are Thinking of Changing This Important Internet Law — Joshua Geltzer
https://slate.com/technology/2019/02/cda-section-230-trump-congress.html

Why Section 230 Is Better Than the First Amendment — Eric Goldman
https://papers.ssrn.com/sol3/papers.cfm?abstract_id=3351323

The Complicated Story of FOSTA and Section 230– Eric Goldman
https://papers.ssrn.com/sol3/papers.cfm?abstract_id=3362975

The Gradual Erosion of the Law That Shaped the Internet: Section 230’s Evolution Over Two Decades — Jeff Kosseff
https://papers.ssrn.com/sol3/papers.cfm?abstract_id=3225774

3 Responses to “Given Twitter’s failure to protect people from privacy violations and harassment, Congress should repeal Section 230”