Facebook (FB)-parent Meta has agreed to pay $90 million to settle a decade-old class action lawsuit over a practice that allowed the social network to track users’ activity across the internet, even if they had logged out of the platform.

The settlement applies to US Facebook users who had an account between April 22, 2010, and September 26, 2011, and who visited non-Facebook websites that displayed the “Like” button, a list that included everything from Pandora to ESPN.

Read more at CNN.  The case is In re: Facebook Internet Tracking Litigation, case number 5:12-MD-2314-EJD, in the U.S. District Court for the Northern District of California, San Jose Division.

As part of the plaintiffs’ lawyers’ press release on the news, DiCello Levitt Gut include a list of the top 10 privacy and data breach class action settlements: 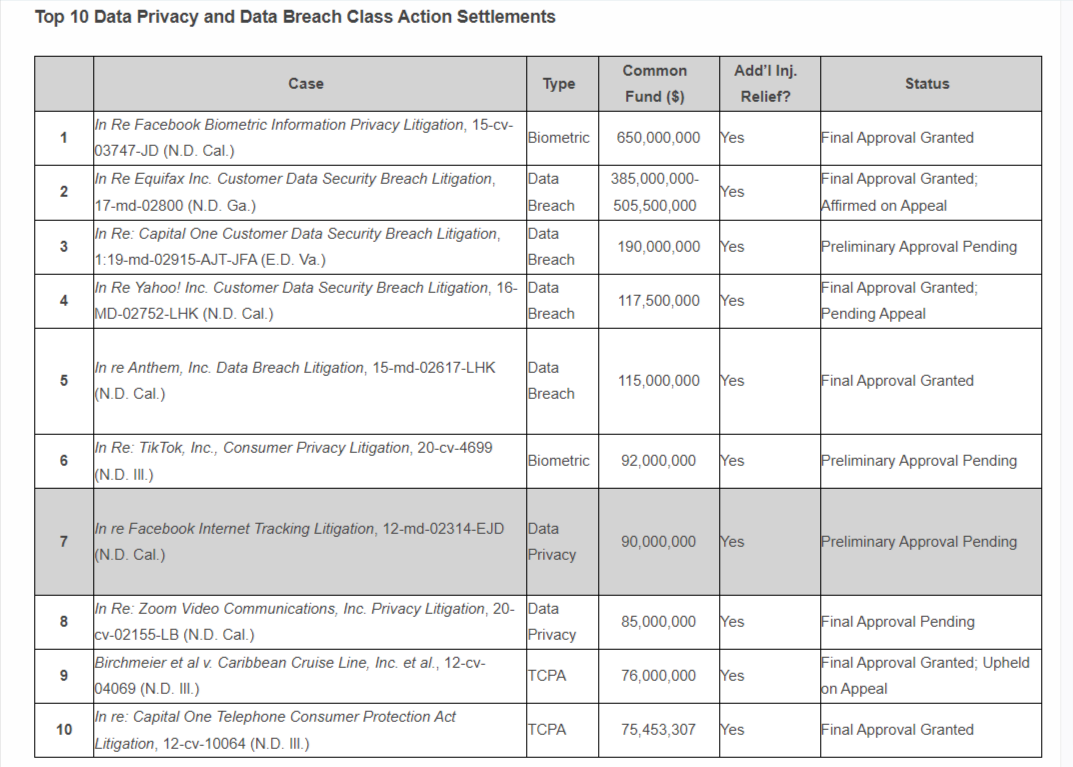